Will be held on Friday 9-25-2020 at 7:00 PM-Inductees will be introduced in front of the grandstands at 6:30 PM.  Please be at the Athletic Complex by the Concession Stand by 6:15 PM for lining up. Family and Friends can accompany the inductee in front of Grandstand. All inductees Family and Friends are admitted free to the game. 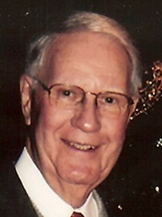 Dick Harris graduated from Oakland High School in 1942.  He also attended Wentworth Military Academy from 1943-44 and played football. He served in the United States Military during World War II (1944-1945).  After his military service he attended the University of Nebraska-Lincoln where he played football, majored in Physical Education and Coaching and graduated in 1950.  In January of 1951 he assumed teaching, coaching and athletic director duties for Oakland.  He had several highly successful teams and won numerous coaching awards during his tenure.  He served the Oakland and Riverside schools for 55 consecutive years (1950-2005)

Don E Kash was born and grew up in Macedonia.  He graduated from Macedonia High School in 1952 and left to join the Army in 1954..  He enrolled in the University of Iowa in 1956 and received three degrees: BA, MA & PhD. He has served on the faculties of six major national universities. From 1978-1981 he headed the division of the US Geological Survey that regulated an annual $25 billion of energy and mineral activities on Federal and Indian Lands. Since retiring in 2005, he spent some time involved in local farming activities in the Riverside area.  The Don Kash Family Trust has been recognized by several conservation groups.

Bret Keast grew up on the family farm east of Macedonia.  He is the son of Ed and Dora Lou Keast.  He graduated from Carson-Macedonia High School in 1984.  He then attended Iowa State University from 1984-1989 graduating with Bachelor of Science degrees in Community and Regional Planning and Speech Communication and a specialty in Architecture.  He then received a Masters of Urban Planning degree from the University of Kansas in 1995.  Bret developed a park master plan for the City of Carson, the zoning ordinance for the City of Oakland, and has provided park planning and grant consultation to the City of Macedonia and the Pottawattamie County Historical and Preservation Society.

Veva Larson served as the Carson-Macedonia High School Home Economics Teacher and FFA/HERO Advisor from 1982-1993.  She then continued in that position in Riverside until her retirement in 2010.  Veva has been an active member of the community and contributed her talents in many ways.  Her dedication to church, pride in the Riverside community and music has been apparent throughout her entire life. She still volunteers time instructing CPR to Riverside students.

The 1949 Oakland Yellow Jackets Girls Basketball Team was the first ever Oakland girls team to qualify and play in the state tournament.  The team finished in 2nd place in the 1949 IGHSAU State Basketball Championship played at the Drake Field House.  They beat Keswick 41-36 in the semi-final and went on to be defeated by Wellsburg 56-40 in the championship game.  The 1949 IGHSAU tournament summary video is featured on YouTube where you can watch the Oakland girls compete in the semi-final and championship games.  The team was coached by O. E. Lester.